i wrote a little demo with a modified lambert function in webgl: 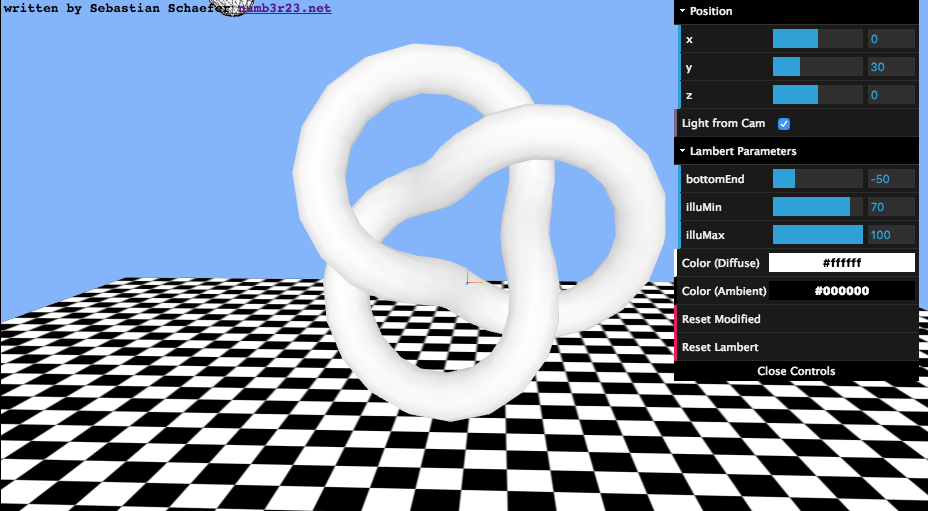 You can clamp the illumination into the “brighter” colors that is expanded into the (usually unlit) back areas and thus allows you lit the whole object. The light can be toggled between a (fixed) lightsource and the camera-position. This is usefull if you (cheaply) don’t want to show “dark parts” of 3d-models while still showing the structure. It can be further tweaked (not implemented yet!) by adding gamma or a two-tone mapping. 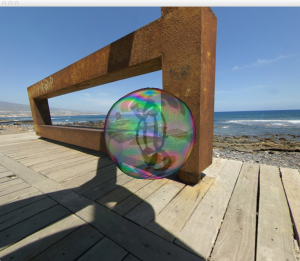 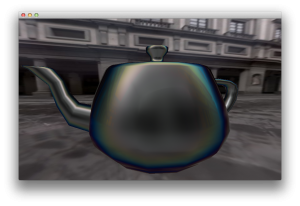 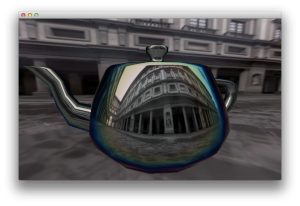 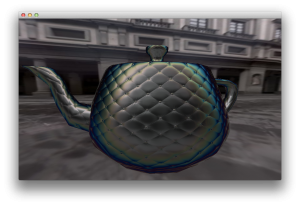 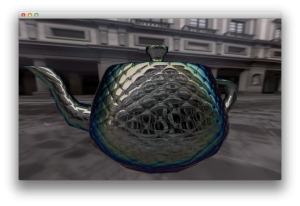 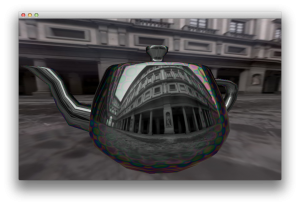 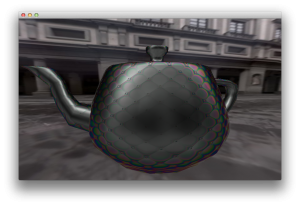 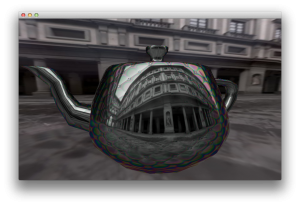 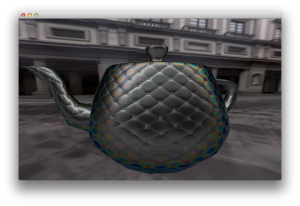 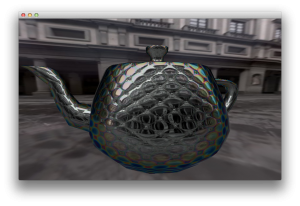 I managed to successfully port some cg shaders over to glsl, gave them a spring-cleaning and integrated them into an OpenGL 3.2 core renderer (yeah, OS X 10.8 if you have to ask – bummer). It is kinda “the real deal”: thinfilm interference evaluated per lambda with interactive refraction indices, light + material spectral power distributions and thickness. I might have more results soon, so far these images below have to do:

Besides I still have other work todo, writing down my ph.d thesis…

It’s written in C# and allows you to create, edit and manage spectral data.

I needed it for a spectral-rendering project to manage and export textures containing the spectral data.

Abstract
Scientific illustrations are used for centuries in several scientific domains to communicate an abstract theory and are still created manually. In this article we present a GPU-based illustration pipeline with which such illustrations can be created and rendered in an interactive process. This is achieved by combining current non-photorealistic-rendering algorithms with a manual abstraction mechanism and a layer-system to combine multiple techniques. The pipeline can be executed completely on the GPU.

Abstract
Scientific illustrations play an important role in the paleontological domain and are complex illustrations that are manually drawn. The artist creates illustrations that feature common expressive painting techniques: outlines, both irregular and periodic stippling as well as an abstract shaded surface in the background. We present a semi- automatic tool to generate these illustrations from 3D-models in real-time. It is based on an extensible GPU-based pipeline to interactively render characteristic into image-layers that are combined in an image-editing fashion. The user can choose the techniques used to render each layer and manipulate its key aspects. Using 3D- and 2D-painting the artist can still interact with the result and adjust it to his or her liking.

Abstract
Scientific illustrations play an important role in the research of natural sciences and are complex drawings that are manually created. The desired images usually combine several drawing techniques such as outlines, distinctive types of stippling or an abstract shaded surface in a single image, as is exemplified in figure 2. Each of these elements aim to focus the viewers attention to certain details like e.g. shape, curvature or surface structure. As to our knowledge no tool exists with which similar images can be produced and the creation of such an illustration is a tedious and time-consuming task, we examined paleontological scientific illustrations together with researchers and artists from Senckenberg Research Institute and Natural History Museum with the intention to create an application to render scientific illustrations from a 3D-model. 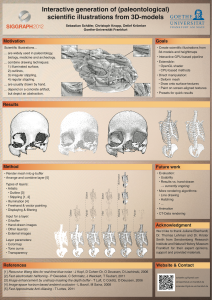 Abstract
An important domain of paleontological research is the creation of hand-drawn artistic images of small fossil specimens. In this paper we discuss the process of writing an adequate tool to semi- automatically create the desired images and export a reconstructed 3D-model. First we reconstruct the three-dimensional surface en- tirely on the GPU from a series of images. Then we render the vir- tual specimen with Non-Photorealistic-Rendering algorithms that are adapted to recreate the impression of manually drawn images. These algorithms are parameterized with respect to the require- ments of a user from a paleontological background. 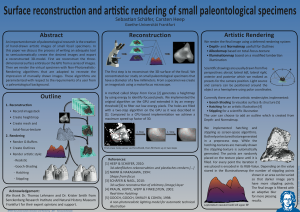 received Honourable Mention, also on display at SIGGRAPH 2011 as “Best posters at NPAR”